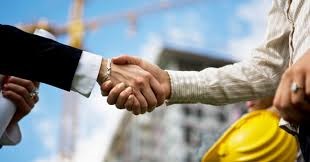 Design-build also has a single point responsibility. The design-build contractor is responsible for all work on the project, so the client can seek legal remedies for any fault from one party.

The client will sometimes have their own advisors which will include a Project Manager, QS, Design Advisor and Contract Administrator. This is subject to the type, size and complexity of the project.

The design–build procurement route changes the traditional sequence of work. It answers the client’s wishes for a single point of responsibility in an attempt to reduce risks and overall costs. It is now commonly used in many countries and forms of contracts are widely available.

Design–build is sometimes compared to the “master builder” approach, one of the oldest forms of construction procedure. Comparing design–build to the traditional method of procurement, the authors of Design-build Contracting Handbook noted that: “from a historical perspective the so-called traditional approach is actually a very recent concept, only being in use approximately 150 years.

In contrast, the design–build concept—also known as the “master builder” concept—has been reported as being in use for over four millennia.

For more information and to get a copy of our Design and Build Delivery Model Handout please click HERE complete your details and well send it to you free of charge.

Not sure what you need? Give us a call